Apple said at the WWDC meeting a few days ago that the Apple Silicon Mac will introduce a new system for accessing macOS recovery and security options at startup.

Existing Macs contain many macOS recovery options at startup, which can be accessed using key combinations. For example, Command-R boots the Mac in recovery mode, while Command-Option-P-R resets NVRAM. On Apple Silicon Mac, these key combinations will be replaced by the Startup Manager interface on the screen.

In the new system architecture, users can press and hold the power button on the Mac to access the new startup screen, which has recovery options for reinstalling macOS and options for normal startup, shutdown, and restart.

Apple also replaced the target disk mode with “Mac sharing mode”, which is used to transfer data between two Macs. Mac sharing mode turns the system into an SMB file sharing server, providing file-level access to user data for another Mac. User authentication is required to access the service. 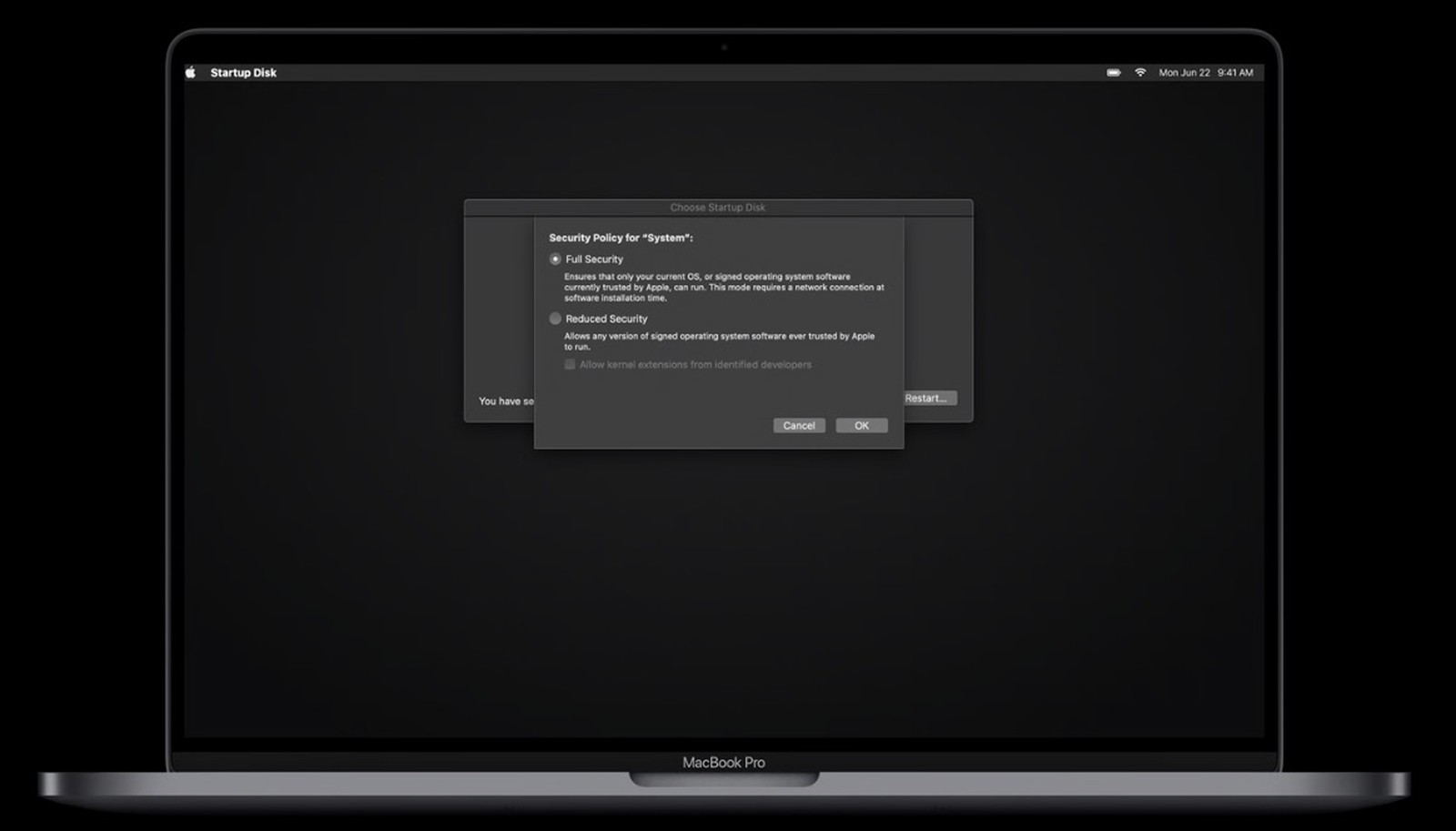 In addition, the new feature – boot disk allows users to choose different security modes for the boot volume. Full security, which is enabled by default, provides the same optimal security as that on iOS devices and allows users to boot from external disks without reducing the security of the system.

At the same time, the “Reduce Security” mode allows users to disable “System Integrity Protection” and run any version of macOS, including those that are no longer signed by Apple, providing greater flexibility.