So you want to do this, but you have no idea where to begin. That’s alright, because this post is listing all your available options, and help you choose between them.

If you don’t have a SuperDrive which will allow you to use your original media to play games, don’t feel any pangs of guilt by simply downloading an .ISO file from a torrent site. This can save you the need to purchase a SuperDrive. But if you do have a SuperDrive, or you’re using a Mac that has an optical drive, here’s what you’re gonna do to extract a disk image and convert it to .ISO:

1. Insert your CD/DVD, and launch Disk Utility.
2. Go to File > New Image > New Image from “Device”, then choose your optical drive.
3. Select “DVD/CD master” as the format, en make sure encryption is disable. Then start the process.
4. Now you can convert the .CDR file to the more widely-recognized. ISO format through a quick Terminal command: 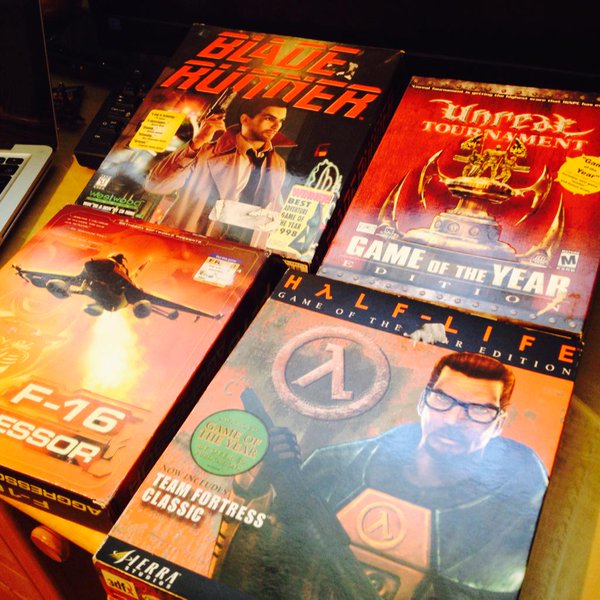 Best for: Old MS-DOS games & golden oldies.
If the games you want to play are old enough, you’ll have an easy time getting them to work by way of emulation. Running an app natively on your Mac that’s optimized for your hardware running the game you want to play within it is one of the most stable ways of relieving old games.

Best for: Windows 95, 98 and XP titles, games that use software or hardware rendering.
Virtualization should be a better way to run classic Windows than using a native environment. It allows you to install and run Windows on your Mac, on top of OS X. Here are two options: VirgualBox (Free) and VMWare Fusion ($79.99).

Best for: Some games, but not all — You’ll need to make a call on a game-by-game basis.
Wine, which was initially shorthand for Windows Emulator but now stands for “Wine is not an Emulator” is a compatibility layer which allows software written for Windows to run on modern UNIX systems like Linux and Mac OS X. Options include: Wine for OS X, Wineskin Winery and Wine bottler.

4. Run Windows Natively on Your Mac

Best for: New titles, post-Windows 7 games, and demanding games that require plenty of power to run.
Boot Camp is Apple’s answer to running Windows on your Mac, and it’s how you will get away with playing the latest PC releases on your Apple hardware. Apple even offers all of the drivers you need to get things work — wireless, media keys, touchpads, the lot.

You can just either browse the catalog online or just download the Steam client and see what it recommends for you. GOG is another online retailer that specializes in classics, hence Good Old Games. But they’re not in the business of porting old Windows titles, so most Mac games available either have Mac ports already available, or they’re DOS games that ship with a copy of DOSBox ready to go.